Closed-up view of Gnathostoma larva showing characteristic features of the four raws of hooklets on the head bulb and the cuticular spines covering the body surface. 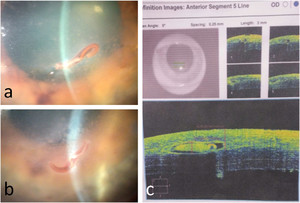 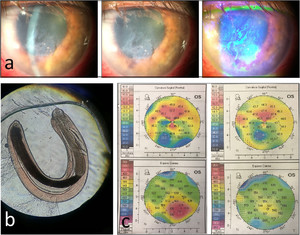 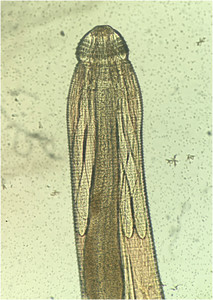 A 69-year-old male dentist in Caracas, Venezuela, was referred to our Cornea Clinic with a history of pain, photophobia, and blurred vision on his left eye. Routine biomicroscopic examination with a slit lamp showed a worm in the corneal stroma of his left eye. The worm was surgically removed and was identified morphologically as Gnathostoma binucleatum.