Reclaimed bottle with a small hole drilled on the top to dispense soapy water. 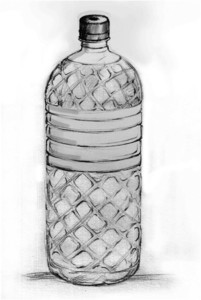 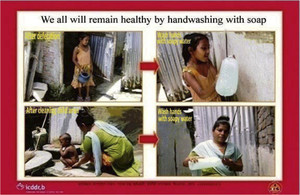 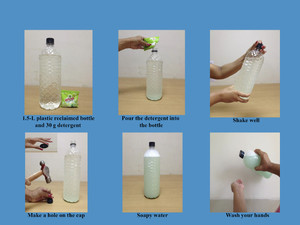 Acceptability and Feasibility of Sharing a Soapy Water System for Handwashing in a Low-Income Urban Community in Dhaka, Bangladesh: A Qualitative Study

Handwashing with soap at key times is an effective means of reducing pathogen transmission. In a low-income community in urban Dhaka, we piloted and evaluated the acceptability and feasibility of a shared handwashing intervention. This included promotion by community health promoters of a homemade solution of detergent powder mixed with water and stored in a 1.5-L reclaimed mineral water bottle. Community health promoters encouraged sharing of the recurrent detergent cost among compound members. Of 152 participating compounds, fieldworkers randomly selected 60 for qualitative assessment. Fieldworkers conducted 30 in-depth interviews and five focus group discussions among purposively selected compound members. The reclaimed bottles served as an easily accessible dispenser for the soapy water, which could feasibly be retained next to the toilet and kitchen areas for communal use. Bottles functioned as a positive reminder for handwashing at recommended key times. Most compounds (45/60, 75%) shared a common soapy water system and its associated costs. There was reluctance to prepare soapy water for shared use in the remaining 25%. Soapy water was an acceptable hand cleaning agent, with the bottle as a feasible dispenser. It was simple in design, cost-effective, replicable, popular with intervention recipient, and neighboring nonrecipients, and commonly shared among nonrelated households. The need to share expenses and product preparation served as a barrier. Developing a sustainable maintenance system, therefore, is critical to ensuring the public health benefits of handwashing with soap.