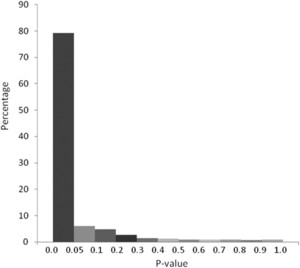 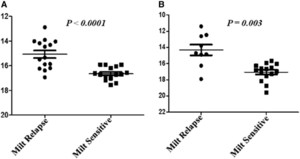 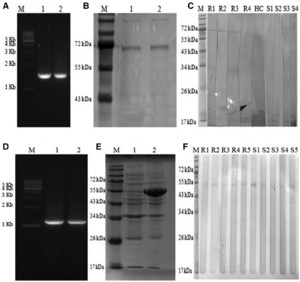 Miltefosine is the only orally administrable drug for the treatment of leishmaniasis. But in recent years, a decline in its efficacy points toward the emergence of resistance to this drug. Knowledge of biomarkers for miltefosine resistance may be beneficial for proper selection of treatment regimen. Splenic aspirates were collected and parasites cultured from patients relapsed after initial cure (N = 15) and successfully treated (N = 15) with miltefosine. Differential expression of genes in miltefosine-resistant strains was examined by DNA microarray and validated by real-time reverse transcription polymerase chain reaction and Western blotting. Of 669 upregulated genes, the cysteine protease-like protein of calpain family (GenBank: CBZ34784) was found to be significantly overexpressed in resistant parasite strains and only anti-calpain antibodies showed its presence in the sera of relapse patients through Western blotting. Calpain family cysteine protease-like protein can be useful as a potential biomarker of miltefosine unresponsiveness.