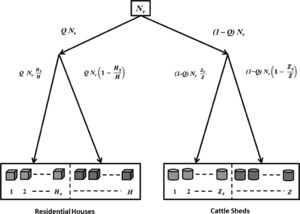 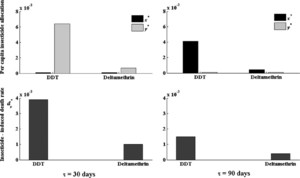 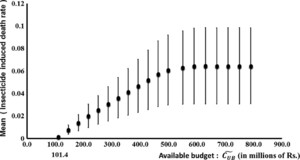 Visceral leishmaniasis (VL) is the most deadly form of the leishmaniasis family of diseases, which affects numerous developing countries. The Indian state of Bihar has the highest prevalence and mortality rate of VL in the world. Insecticide spraying is believed to be an effective vector control program for controlling the spread of VL in Bihar; however, it is expensive and less effective if not implemented systematically. This study develops and analyzes a novel optimization model for VL control in Bihar that identifies an optimal (best possible) allocation of chosen insecticide (dichlorodiphenyltrichloroethane [DDT] or deltamethrin) based on the sizes of human and cattle populations in the region. The model maximizes the insecticide-induced sandfly death rate in human and cattle dwellings while staying within the current state budget for VL vector control efforts. The model results suggest that deltamethrin might not be a good replacement for DDT because the insecticide-induced sandfly deaths are 3.72 times more in case of DDT even after 90 days post spray. Different insecticide allocation strategies between the two types of sites (houses and cattle sheds) are suggested based on the state VL-control budget and have a direct implication on VL elimination efforts in a resource-limited region.