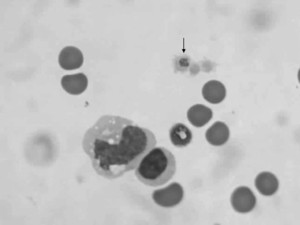 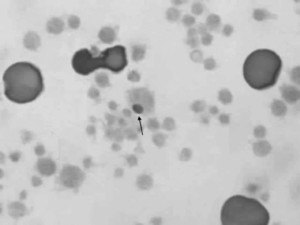 This article presents two case reports of Anaplasma platys detection in two women from Venezuela. Both patients were exposed to Rhipicephalus sanguineus, the presumed tick vector, and experienced chronic, nonspecific clinical signs including headaches and muscle pains. Intra-platelet inclusion bodies resembling A. platys were observed in buffy coat smears and A. platys DNA was amplified and sequenced from whole blood; however, treatment with doxycycline did not alleviate their symptoms. These cases provide further support for A. platys as a zoonotic tick-borne pathogen, most likely of low pathogenicity; nonetheless, the cause of illness in humans by A. platys is yet to be confirmed.