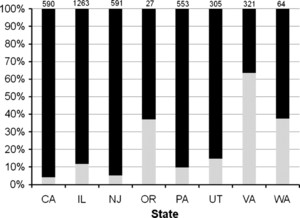 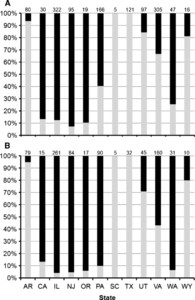 The rapid analyte measurement platform (RAMP) system is an immunoassay test for West Nile virus (WNV) detection. Although reverse transcriptase-polymerase chain reaction (RT-PCR) methodology has been regarded as the gold standard for confirming WNV presence, usage of RAMP testing kits has increased in the past years. We collected RAMP test result data that were subsequently confirmed with RT-PCR methodology from mosquito control agencies to evaluate the efficacy of the RAMP testing. Results indicate that there are a high number of false positives (RAMP positive, RT-PCR negative) with RAMP testing. Correlation between RAMP unit values and RT-PCR cycle threshold values were varied depending on the primer/probe being compared. Comparison of RT-PCR results (on the same samples) between laboratories also indicates variation among the procedures and their potential to influence the RAMP testing efficacies. We discuss the potential issues and solutions that could prevent the high rate of false positives.