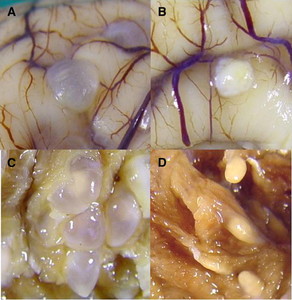 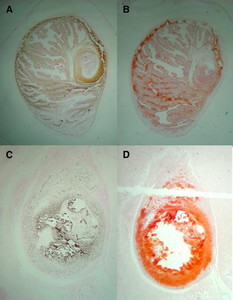 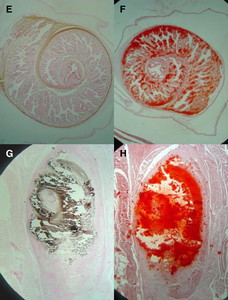 Efficacy of Diverse Antiparasitic Treatments for Cysticercosis in the Pig Model

Taenia solium cysticercosis infects pigs and humans. Because antiparasitic treatment for human cysticercosis has sub-optimal efficacy, alternative regimes are needed. Seven antiparasitic regimens were tested in 42 naturally infected pigs with cysticercosis, and compared with prednisone alone (n = 6) or no treatment (n = 6). The numbers of viable cysts in muscles and in the brain were examined after necropsy and were significantly decreased in pigs receiving combined albendazole plus praziquantel, albendazole alone, or oxfendazole. Pigs receiving praziquantel alone and nitazoxanide had numerous surviving cysts. Control (untreated) pigs and prednisone-treated pigs had many more viable cysts, suggesting no effect. Combined albendazole plus praziquantel, and oxfendazole, showed a strong cysticidal effect and provide suitable alternative treatments to be further explored for their use for treatment of human neurocysticercosis.