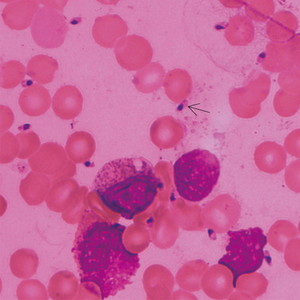 We report an unusual case of visceral leishmaniasis occurring in a patient from Sichuan China. The patient presented with a remitting fever, anemia, and pancytopenia. The case was confirmed as visceral leishmaniasis by microscopical detection of the Leishmania species amastigote in bone marrow aspirate. The patient was treated with 10 mg/kg/day of sodium stibogluconate for 5 days, with no therapeutic response. As a result, the patient was treated with liposomal amphotericin B (LAB) at 10 mg/day as an initial dosage. After treatment with an increasing drug dosage for 7 days, acute renal injury was evident as indicated by increased serum creatinine and urea nitrogen. LAB administration was discontinued until serum creatinine and serum urea nitrogen regressed on Day 15. Two maintenance treatments of 100 mg/day LAB were given on Days 19 and 26 (total 870 mg, 14.5 mg/kg). Bone marrow aspirate and clinical examination suggested total remission.