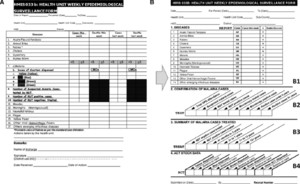 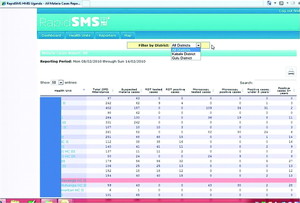 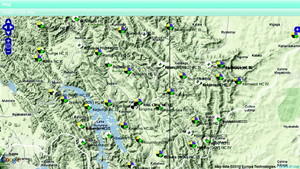 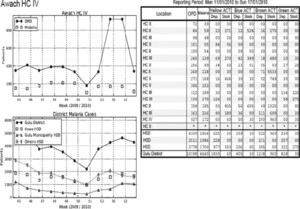 Use of an Innovative, Affordable, and Open-Source Short Message Service–Based Tool to Monitor Malaria in Remote Areas of Uganda

Quality health management requires timely and accurate data, and paper-based reporting does not fill this role adequately. The introduction of malaria rapid diagnostic tests and the availability of wireless communications present an opportunity to open direct data transmission and feedback between peripheral health workers and central managers. In November 2009, the Uganda Ministry of Health deployed a short message service–based reporting system in two districts. At a set-up cost of $100/health facility, local technician support of $ 400 per month, and a cost of $0.53/week/clinic, the SMS reporting system was started at more than 140 clinics. Positivity rates for rapid diagnostic tests and artemisinin combination therapy stock outs were 48% and 54% in Kabale and 71% and 54% in Gulu, among other reports, at more than 85% health facilities reporting weekly and without monetary incentives or additional supervision. The SMS-based reporting systems have potential to improve timeliness in reporting of specific, time-sensitive metrics at modest cost, while by-passing current bottlenecks in the flow of data. With the development of specific capacity to manage stock data at district level, the availability of timely data offers potential to address commodity distribution problems and reduce stock-outs.