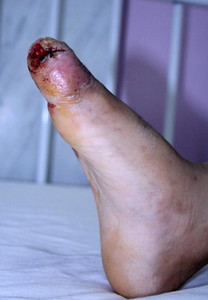 The autosomal recessive disorder, because of a single mutation in interferon-γ receptor-1(IFNGR1) at position −56, was found to be associated with susceptibility to leprosy in children of the same family. The existence of such heterozygous carriers might explain the crucial role of IFNGR1 in the host defense against intracellular pathogens such as Mycobacterium leprae. The single nucleotide polymorphisms (SNPs) in major candidate genes, i.e., natural resistance-associated macrophage protein 1 (NRAMP1), vitamin D receptor (VDR), tumor necrosis factor-alpha (TNF-α), interleukin-10 (IL-10), interleukin-12-receptor 1 (IL-12R1), were not found to be associated with this disease.