Field methods used in the study, Panama. Left, Capture of Rhodnius pallescens in palms. Right, Adult and nymphs of R. pallescens captured with a baited sticky. 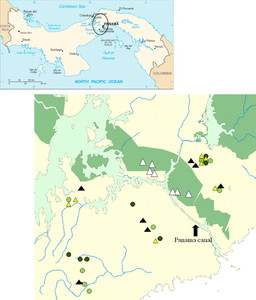 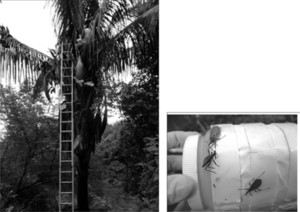 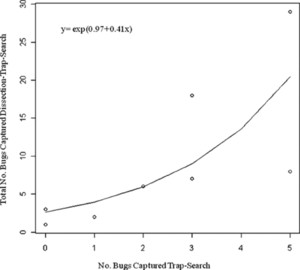 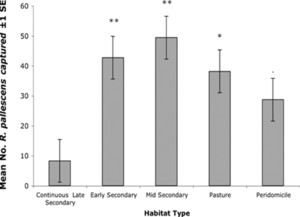 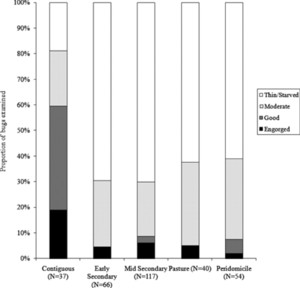 Anthropogenic disturbance is associated with increased vector-borne infectious disease transmission in wildlife, domestic animals, and humans. The objective of this study was to evaluate how disturbance of a tropical forest landscape impacts abundance of the triatomine bug Rhodnius pallescens, a vector of Chagas disease, in the region of the Panama Canal in Panama. Rhodnius pallescens was collected (n = 1,186) from its primary habitat, the palm Attalea butyracea, in five habitat types reflecting a gradient of anthropogenic disturbance. There was a high proportion of palms infested with R. pallescens across all habitat types (range = 77.1–91.4%). Results show that disturbed habitats are associated with increased vector abundance compared with relatively undisturbed habitats. Bugs collected in disturbed sites, although in higher abundance, tended to be in poor body condition compared with bugs captured in protected forest sites. Abundance data suggests that forest remnants may be sources for R. pallescens populations within highly disturbed areas of the landscape.