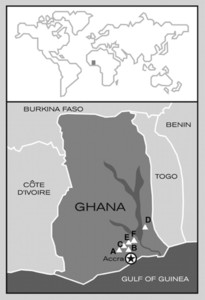 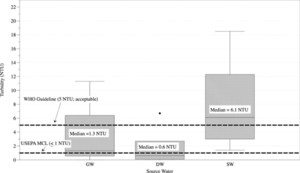 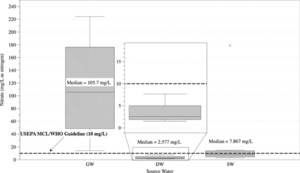 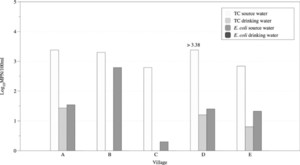 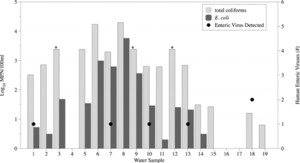 An estimated 884 million people worldwide do not have access to an improved drinking water source, and the microbial quality of these sources is often unknown. In this study, a combined tangential flow, hollow fiber ultrafiltration (UF), and real-time PCR method was applied to large volume (100 L) groundwater (N = 4), surface water (N = 9), and finished (i.e., receiving treatment) drinking water (N = 6) samples for the evaluation of human enteric viruses and bacterial indicators. Human enteric viruses including norovirus GI and GII, adenovirus, and polyomavirus were detected in five different samples including one groundwater, three surface water, and one drinking water sample. Total coliforms and Escherichia coli assessed for each sample before and after UF revealed a lack of correlation between bacterial indicators and the presence of human enteric viruses.