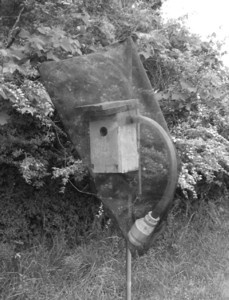 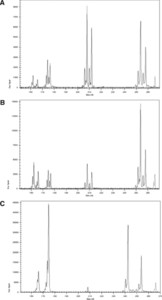 The role that different age classes of birds play in the amplification of arthropod-borne viruses depends critically on the feeding choices made by mosquitoes. To determine if mosquitoes are more likely to feed on nestling or adult birds, we introduced Culex quinquefasciatus mosquitoes into eastern bluebird Sialia sialis nest boxes after dark and recaptured them the following morning. We collected blood from each nestling and brooding mother and used molecular genotyping methods to trace the blood meals of individual mosquitoes to the individual bird fed upon (mothers or chicks). Of the 14 recaptured mosquitoes, whose blood meals were identified to the species level, 10 fed only on nestlings, three fed only on an adult, and one mosquito fed on an adult and two nestlings. These preliminary data show that microsatellite genotyping may be used to answer important questions concerning mosquito feeding patterns on different age classes of birds.