Map of Kenya showing the location of West Pokot district and the distribution of suspected meningococcal meningitis cases among 37 of 39 cases enrolled in the case-control, showing the proximity of cases to Uganda where the outbreak began, 2005–2006. 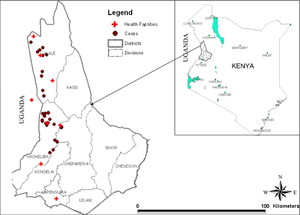 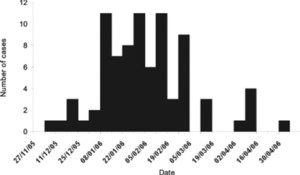 Epidemiology and Risk Factors for Serogroup X Meningococcal Meningitis during an Outbreak in Western Kenya, 2005–2006