Number of dengue cases reported to the EDSS by month of onset and laboratory diagnosis, Patillas, Puerto Rico, June 2005–May 2006. 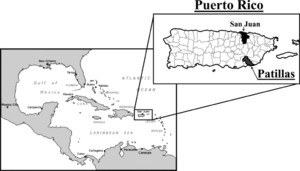 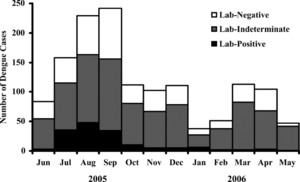 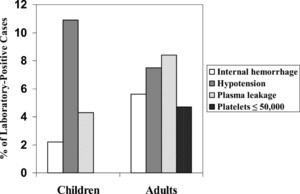 Epidemiological and Clinical Observations on Patients with Dengue in Puerto Rico: Results from the First Year of Enhanced Surveillance—June 2005–May 2006

From June 2005 to May 2006, a clinic-based enhanced surveillance system for dengue was implemented in a Puerto Rican municipality to provide a population-based measure of disease incidence and clinical outcomes. We obtained demographic and clinical information from suspected cases and performed serologic and virologic testing. We used World Health Organization (WHO) criteria to classify cases and applied a simplified case definition for severe dengue illness. There were 7.7 laboratory-positive cases of dengue per 1,000 population. The highest incidence, 13.4 per 1,000, was among 10 to 19 year olds. Of the 156 laboratory-positive cases, three patients (1.9%) met WHO criteria for dengue hemorrhagic fever, and 30 patients (19.2%) had at least one severe clinical manifestation of dengue infection. Our data suggest that in a community with endemic dengue, enhanced surveillance is useful for detecting symptomatic infections. Furthermore, the simplified case definition for severe dengue may be useful in clinic-based surveillance.