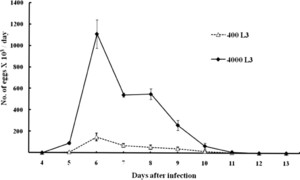 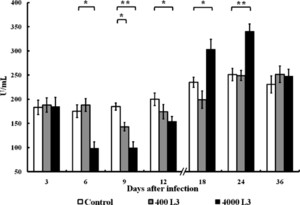 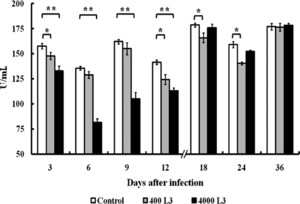 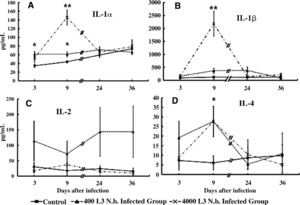 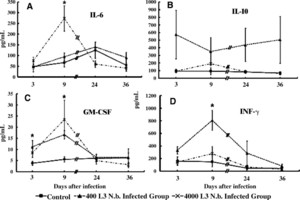 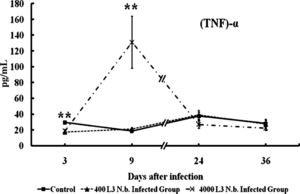 Reduced paraoxonase-1 (PON1) activity has been observed in a number of pathological conditions; however, little is known about the effects of intestinal nematode infections, such as Nippostrongylus brasiliensis, on paraoxonase activity. We observed a significant reduction in serum paraoxonase and arylesterase activity after N. brasiliensis infection in Wistar rats from Day 6 until Day 12 post-infection (p.i.) for serum paraoxonase and from Day 3 until Day 24 p.i. for arylesterase. In addition, N. brasiliensis infection increased serum concentrations of pro-inflammatory cytokines (interleukin-1, interleukin-6, and tumor necrosis factor-α), with maximum concentrations observed on Day 9 p.i. These cytokines are known to inhibit the synthesis of hepatic PON1 mRNA. Thus, the observed reduction in PON1 activity during N. brasiliensis infection is likely associated with inflammatory reactions mounted against the parasites.