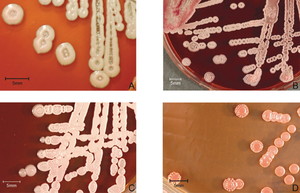 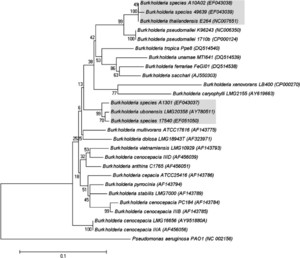 This study describes the isolation and characterization of several Burkholderia species from soil in northern Australia. Phenotypic and molecular tests indicate that these isolates belong to the species Burkholderia thailandensis and Burkholderia ubonensis. These observations significantly extend our knowledge of the geographic distribution of these 2 species. Evidence of these species in Australia has implications for bacterial identification in clinical laboratories, diagnostic serology tests, and environmental biodiversity studies.