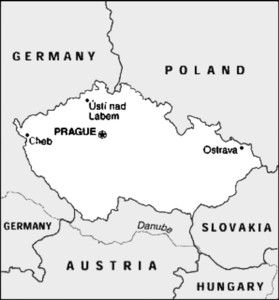 Since the first HIV case was diagnosed in the Czech Republic in 1985, there is a lack of information regarding the epidemiology of HIV infection in most high-risk groups. To determine the prevalence of, and risk factors for, HIV among female and male commercial sex workers (FCSW and MCSW, respectively) and injecting drug users (IDUs), cross-sectional studies were conducted in the cities of Cheb, Usti nad Labem, Ostrava, and Prague of the Czech Republic. A total of 1,277 subjects were enrolled, which included 585 FCSWs, 230 MCSWs, and 462 IDUs. The HIV prevalences were 0.7% (95% CI: 0.2–1.7%), 0.9% (95% CI: 0.1–3.1%), and 0.2% (95% CI: 0.005–1.2%) among FCSWs, MCSWs, and IDUs, respectively. Although low HIV prevalences were found, ongoing sentinel surveillance studies, which address modifiable behavioral and biologic risk factors among high-risk groups, are necessary to guide strategies to stem the tide of the epidemic in this country.