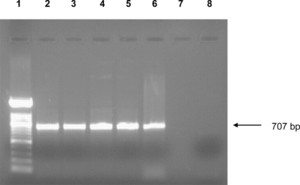 We report the case of a 29-year-old Jamaican patient who presented with severe pain, redness, and swelling of both eyes. She was a regular soft contact lens wearer who did not maintain standard lens care. She was treated for a possible microbial/viral keratitis using topical ciprofloxacin drops, topical acyclovir ointment, and topical atropine drops. The response was inadequate, and scrapings from her cornea, contact lens cases, and both lenses revealed Acanthamoeba on microscopy, which was shown to be Acanthamoeba polyphaga using polymerase chain reaction. She was treated using chlorhexidine 0.02% hourly, ciprofloxacin every 4 hours, and atropine 1% every 12 hours, along with oral ketoconazole 200 mg twice daily with a dramatic response. However, she subsequently suffered slow corneal epithelial regrowth with severe scarring, vascularization, and cortical lens opacification and was referred for penetrating keratoplasty and cataract surgery. This is the first case of severe keratitis caused by Acanthamoeba to be reported from Jamaica and demonstrates that this emerging pathogen can be a cause of severe keratitis in the tropics.