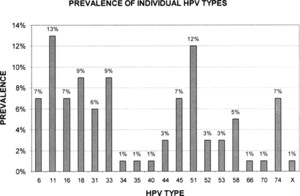 Sexually transmitted infections are a serious health problem in Honduras. Human papillomavirus (HPV) and Chlamydia trachomatis are major causes of sexually transmitted diseases. To determine the prevalence of C. trachomatis and HPV in young women, 100 female university students in Honduras were assayed for the presence of these pathogens. Twenty-eight percent were positive for HPV and 6% were positive for C. trachomatis. These results show that genital HPV and C. trachomatis infections are very common among sexually active young women in Honduras. It is vital to promote extensive public awareness campaigns among sexually active women concerning preventive measures of these diseases.