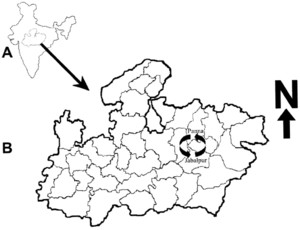 Logistic, economic, and technical factors limit rapid access to microscopic confirmation of malaria in many tropical countries, including India. The occurrence of high-grade fever and three deaths during the hot summer months in some forest migrants created an emergency situation in Jabalpur in central India. A cheap and rapid malaria test, Paracheck® Pf, was tested in this group of migrants in parallel with microscopy. The indigenous population at the site of occupational activities of these migrants approximately 250 km from Jabalpur was also screened by both methods. The results of this field investigation are very encouraging. Among migrants, the test had a sensitivity of 100% and a specificity of 67%. The positive and negative predictive values were 94% and 100%, respectively. Among indigenous population, the corresponding values were 100%, 97.3%, 98.4%, and 100%, respectively, indicating the usefulness of test as a diagnostic tool for providing on-site confirmation of symptomatic diagnosis of Plasmodium falciparum malaria.