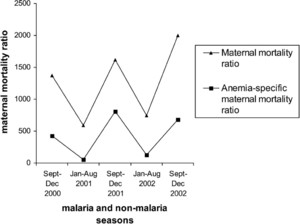 SEASONAL VARIATION IN THE RISK AND CAUSES OF MATERNAL DEATH IN THE GAMBIA: MALARIA APPEARS TO BE AN IMPORTANT FACTOR