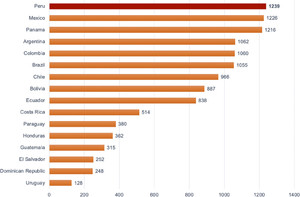 The COVID-19 Pandemic in Peru: What Went Wrong?

Despite the early adoption of a national lockdown and other restrictions, Peru has been severely impacted by the COVID-19 pandemic. Having reached a milestone of more than 1,200 deaths per one million inhabitants by February 2021, important messages can be learned from how the pandemic was handled. Possible explanations for poor outcomes are a fragmented and already overwhelmed public health sector, lack of infrastructure and specialized personnel to tackle the pandemic, and deficient leadership from health authorities.