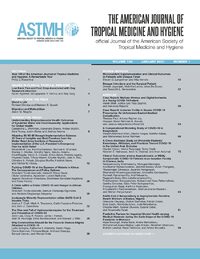 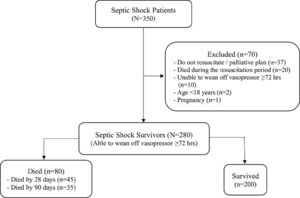 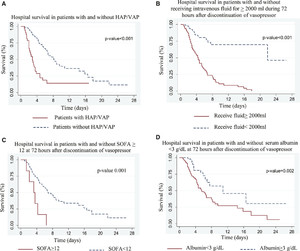 Advances in sepsis resuscitation have significantly improved shock control; however, many patients still die after septic shock reversal. We conducted a retrospective review to examine in-hospital death in whom shock was reversed and vasopressor was discontinued for 72 hours or longer. Factors independently associated with death were determined. Medical records of septic shock survivors from the medical intensive care unit of the Department of Medicine, Faculty of Medicine Siriraj Hospital, Mahidol University, Bangkok, Thailand, during January 2012–January 2019 were analyzed. A total of 350 septic shock patients were enrolled. Of these, 280 survived initial resuscitation. Eighty of 280 patients died, 45 died by 28 days (16.1%), and 35 (12.5%) died thereafter during their hospital stay. Multi-organ failure and hospital-acquired pneumonia (HAP) were the leading causes of death, followed by other infection and noninfectious complication. Although the death group had more laboratory derangement and required more organ support, there were four factors associated with mortality from multivariate analysis. Hospital-acquired pneumonia was the leading factor, followed by sequential organ failure assessment score and serum albumin at 72 hours after discontinuation of vasopressors, and total intravenous fluid during 72 hours after discontinuation of vasopressors. In-hospital mortality after hemodynamic restoration in patients with septic shock was substantial. Causes and contributing factors were identified. Measures to mitigate these risks would be beneficial for rendering more favorable patient outcomes.