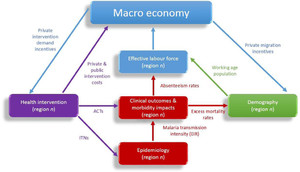 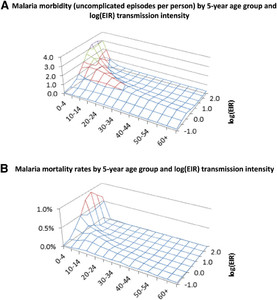 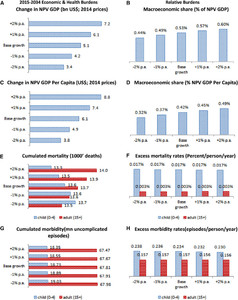 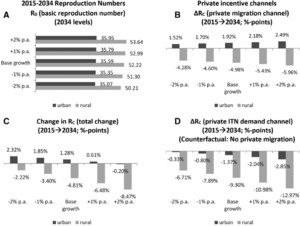 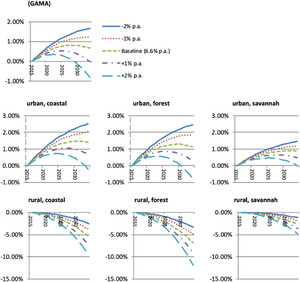 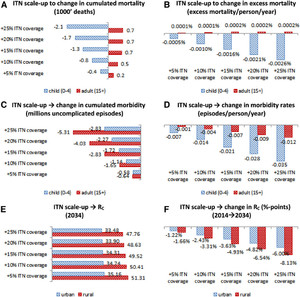 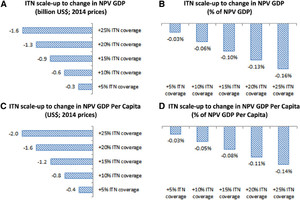 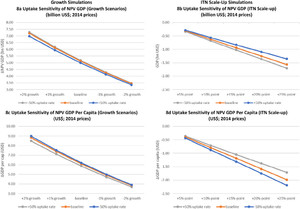 Will More of the Same Achieve Malaria Elimination? Results from an Integrated Macroeconomic Epidemiological Demographic Model

Historic levels of funding have reduced the global burden of malaria in recent years. Questions remain, however, as to whether scaling up interventions, in parallel with economic growth, has made malaria elimination more likely today than previously. The consequences of “trying but failing” to eliminate malaria are also uncertain. Reduced malaria exposure decreases the acquisition of semi-immunity during childhood, a necessary phase of the immunological transition that occurs on the pathway to malaria elimination. During this transitional period, the risk of malaria resurgence increases as proportionately more individuals across all age-groups are less able to manage infections by immune response alone. We developed a robust model that integrates the effects of malaria transmission, demography, and macroeconomics in the context of Plasmodium falciparum malaria within a hyperendemic environment. We analyzed the potential for existing interventions, alongside economic development, to achieve malaria elimination. Simulation results indicate that a 2% increase in future economic growth will increase the US$5.1 billion cumulative economic burden of malaria in Ghana to US$7.2 billion, although increasing regional insecticide-treated net coverage rates by 25% will lower malaria reproduction numbers by just 9%, reduce population-wide morbidity by −0.1%, and reduce prevalence from 54% to 46% by 2034. As scaling up current malaria control tools, combined with economic growth, will be insufficient to interrupt malaria transmission in Ghana, high levels of malaria control should be maintained and investment in research and development should be increased to maintain the gains of the past decade and to minimize the risk of resurgence, as transmission drops.