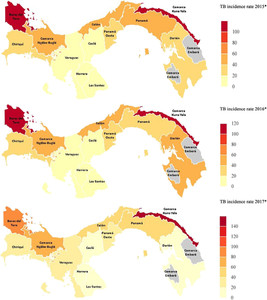 Latent tuberculosis infection (LTBI) remains the main source of new active tuberculosis (TB) cases worldwide. Household close contacts (HCCs) are at high risk of acquiring LTBI and subsequent development of TB. In this study, we aim to identify risk factors associated with LTBI in HCCs of TB patients living in a low TB-incidence setting. Our results revealed that HCCs who are aged more than 50 years (OR = 4.05) and overweight (OR = 15.3) are at higher risk of acquiring LTBI. None of these LTBI household contacts progressed to active TB. These findings suggest that HCCs who are young adults and children with normal and low body mass index are less likely to acquire LTBI after exposure to TB patients, even in low TB-incidence settings.