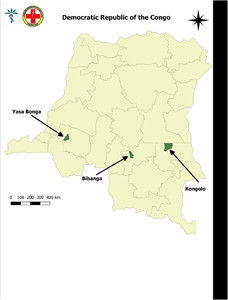 Integration of Human African Trypanosomiasis Control Activities into Primary Health Services in the Democratic Republic of the Congo: A Qualitative Study of Stakeholder Perceptions

Human African trypanosomiasis is close to elimination in several countries in sub-Saharan Africa. The diagnosis and treatment is currently rapidly being integrated into first-line health services. We aimed to document the perspective of stakeholders on this integration process. We conducted 12 focus groups with communities in three health zones of the Democratic Republic of the Congo and held 32 interviews with health-care providers, managers, policy makers, and public health experts. The topic guide focused on enabling and blocking factors related to the integrated diagnosis and treatment approach. The data were analyzed with NVivo (QSR International, Melbourne, Australia) using a thematic analysis process. The results showed that the community mostly welcomed integrated care for diagnosis and treatment of sleeping sickness, as they value the proximity of first-line health services, but feared possible financial barriers. Health-care professionals thought integration contributed to the elimination goal but identified several implementation challenges, such as the lack of skills, equipment, motivation and financial resources in these basic health services. Patients often use multiple therapeutic itineraries that do not necessarily lead them to health centers where screening is available. Financial barriers are important, as health care is not free in first-line health centers, in contrast to the population screening campaigns. Communities and providers signal several challenges regarding the integration process. To succeed, the required training of health professionals, as well as staff deployment and remuneration policy and the financial barriers in the primary care system need to be addressed, to ensure coverage for those most in need.