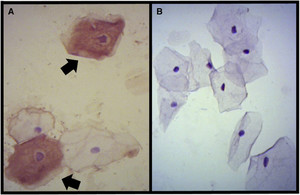 Zika virus (ZIKV) infection is an emerging public health problem, associated with increased risk for Guillain–Barré syndrome and adverse fetal outcomes, including congenital microcephaly. Zika virus sexual transmission is known, but detection of the virus in different parts of the female reproductive tract is not well established. In this case report, we describe prolonged detection of ZIKV RNA in the vaginal secretion and endocervical mucosa from a Brazilian woman convalescent to ZIKV infection. A viral load of 2 × 102 copies/mL was detected up to 31 days after symptom onset in both samples. Other biological fluids, including whole blood, plasma, serum, urine, and saliva samples, were negative for ZIKV RNA. These findings advance the understanding of ZIKV infection and provide data for additional testing strategies.