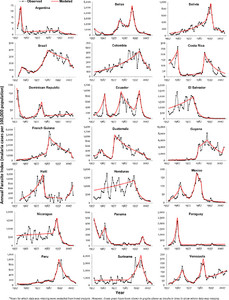 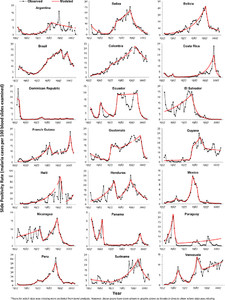 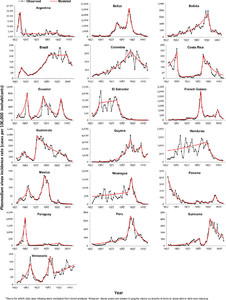 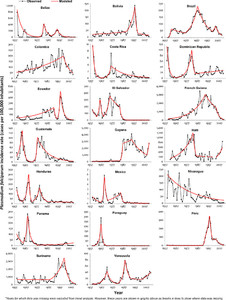 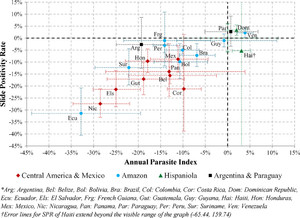 Malaria has declined in recent years in countries of the American continents. In 2011, 12 of 21 endemic countries had already met their 2015 Millennium Development Goal. However, this declining trend has not been adequately evaluated. An analysis of the number of cases per 100,000 people (annual parasite index [API]) and the percentage of positive blood slides (slide positivity rate [SPR]) during the period of 1959–2011 in 21 endemic countries was done using the joinpoint regression methodology. During 1960–1979, API and SPR increased significantly and peaked in the 1980s. Since the 1990s, there have been significant declining trends in both API and SPR. Additionally, both Plasmodium vivax and P. falciparum species-specific incidence have declined. With the exception of two countries, such a collectively declining malaria trend was not observed in previous decades. This presents a unique opportunity for the Americas to seriously consider malaria elimination as a final goal.