Pilot geographic information system enhanced surveillance system workflow and health facility inclusion criteria. (A) Health facilities in the Department were covered using the following criteria. (B) This is the process GIS Assistants used to locate patients at their homes and collect GPS coordinates. This figure appears in color at www.ajtmh.org.

Line-listed confirmed cases at health facilities by month of diagnosis. This figure appears in color at www.ajtmh.org. 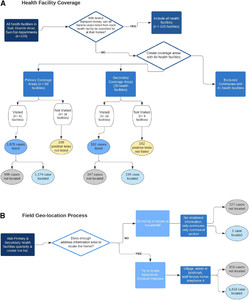 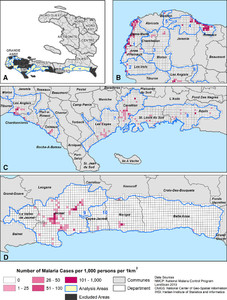 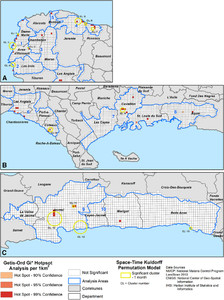