Follow-up MR examination of case 1 (A and B). No evidence of the lesions recurrence were observed.

Preoperative magnetic resonance examination of case 2. T1-weighted image (A) and T2-weighted image (B) revealed a large area of brain edema; the lesion manifested isointensity in both T1 and T2 images which cannot be clearly identified. After gadolinium enhancement, an intensive, patchy lesion was seen in the temporal pole and uncus, respectively; some dark spots can be seen in the lesions (C). 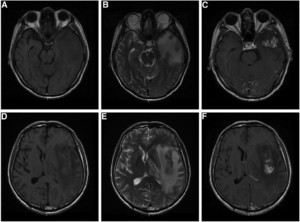 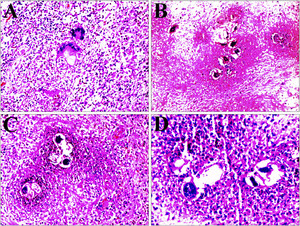 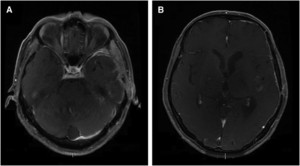 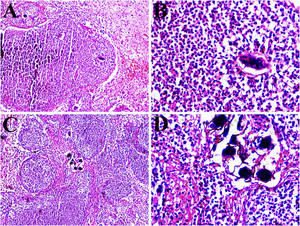 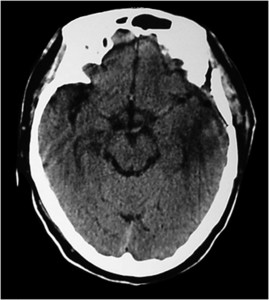